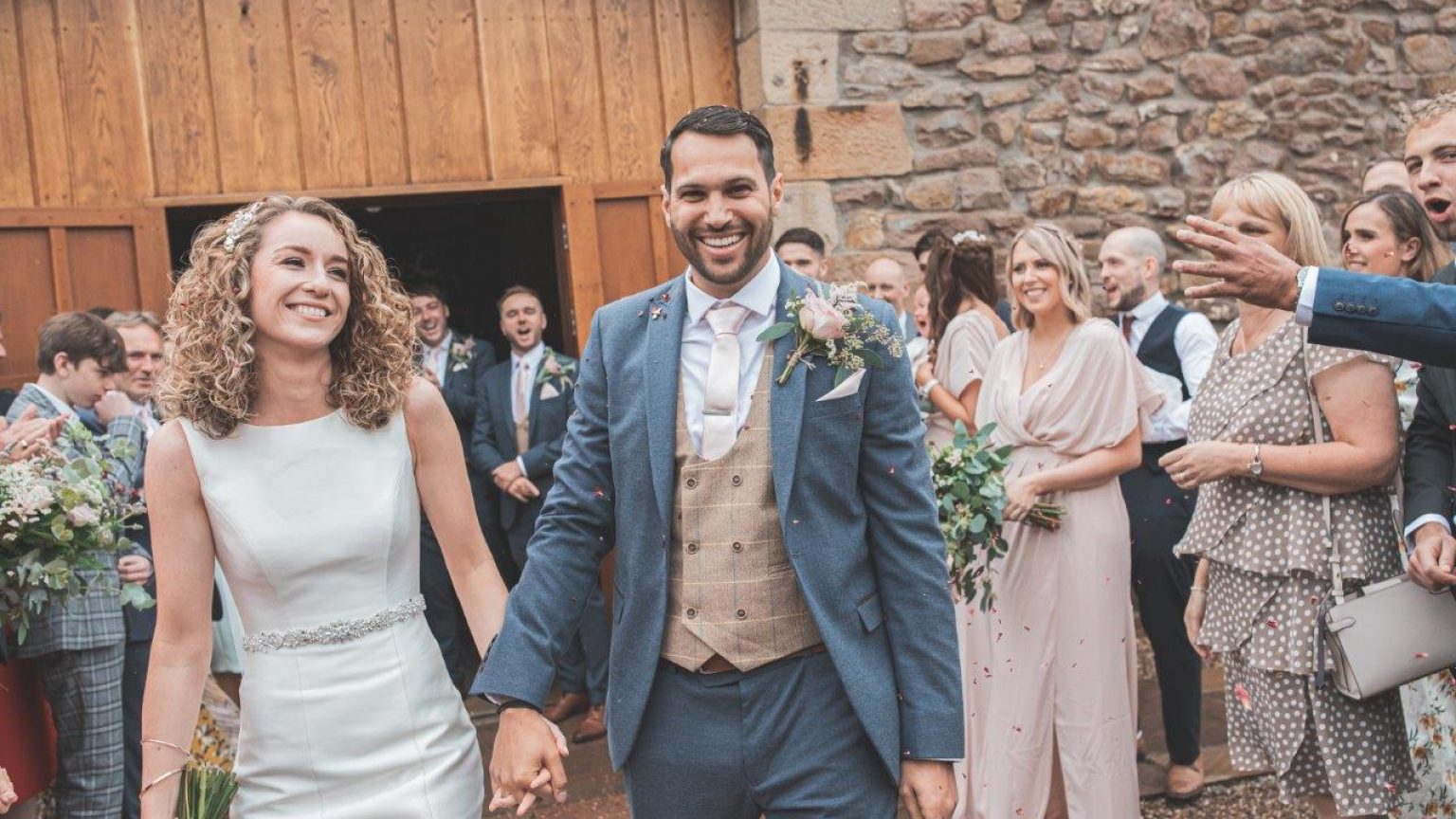 Danie and Ben met in Milton Keynes on a night out, where, in his words "I tried to put Danie on my shoulders, which didn't go down well.....but obviously worked". They got married in the Barn at the end of September, and here is what they had to say about their day;

Beautiful venue: it was the first one we visited and having seen other venues afterwards, we kept comparing them to Browsholme Hall so we went with you.

Walking down the aisle I felt AMAZING and a huge sense of relief!

I was overwhelmed on the day, but nervous to begin with. It was amazing seeing so many people (that were all our friends and family) after such a long time! I think everyone needed it! The guests had the most wonderful time! "It was the best day ever!"

It's your day! Do what you think is right and not what anyone else tells you.

Also having a couple of surprises on the day that nobody knows about worked for us!!

Here's who helped make the day so special

Leanne Jackson from Blackburn and Rachel Hesketh from Hilldale.