The Mystery of the High Heeled Shoe 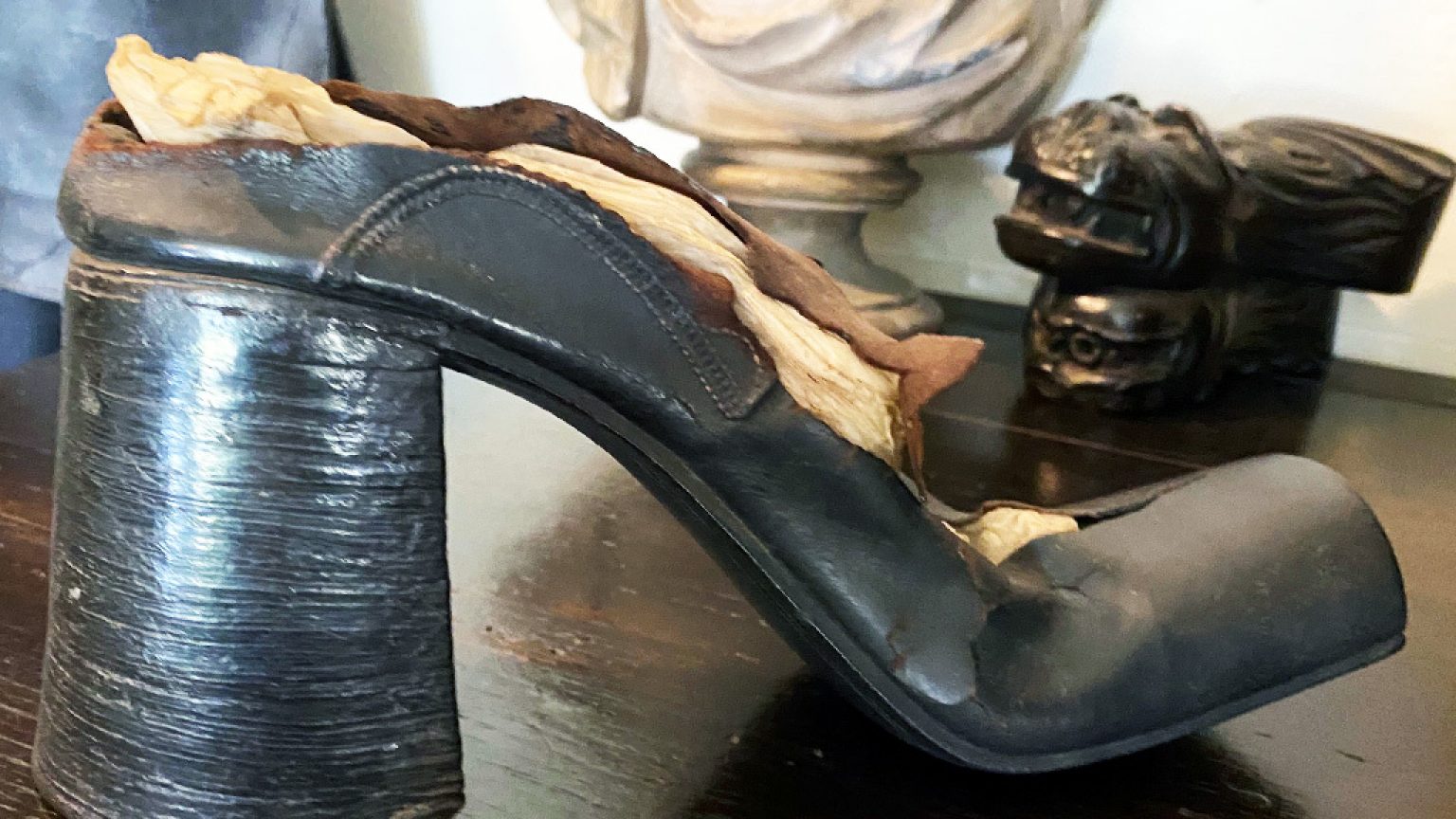 If I were to ask you when you thought this high heel was made, what would you say? If your answer was 1700 -1720 ish, a few weeks ago we would have completely agreed with you, and if you had gone further on to say 'a lady's shoe' we'd probably have agreed with you then too. It would also turn out we were both wrong.

About 2 weeks ago, I published a video asking the very same on our TikTok page (the videos are below this blog for you to see) - and one particular comment drew our eye, and ultimately made us consider how much we really new about this shoe ourselves ...

Someone commented "Germany. Man's Shoe. 1700's" followed by strong debate throughout the rest of the comments over the origins of said shoe. I have to say, I don't think anyone here at Browsholme could have predicted such strong interest and heated debate over what looks to be a high heel that the dog has had hold of, but there you go!

So, we decided to investigate further. A plea email was sent to the Senior Shoe Curator of the Northampton Museum asking if she could please help us identify when this was made, and indeed who for. We soon received an in-depth and fascinating analysis:

"1700 – 1720s. It conforms to the style for men’s footwear at that time. It has the distinctive squared off domed toe and a high flared stacked heel ... What I’m having slight difficulty with is the height of the heel. It is definitely not a woman’s shoe, but a man’s but although men’s heels are still reasonably high still at this date this is excessive. Now it could be a one off pair for a short dandy, but I wonder whether it’s a later example of exhibition work.

Shoemakers particularly in the 19th century would look to past styles to recreate and make for competitions or exhibitions. Often rather than being true to the original style they would take the style and create it to be unwearable way by exaggerating heel heights, narrowness of the shoe or boot, sharp angles etc. These examples would catch the eye of visitors and judges at the competitions and exhibitions, but also were a great way of showing off the shoemaker’s skills including how many stitches they can get to an inch. We have a collection of exhibition work and some can boast 50 stitches to the inch.

These exhibition pieces are very lightweight too as they are not meant for wearing. If it was an exhibition piece then I could see it perhaps being exhibited at The Great Exhibition of 1851 where lots of such shoes were on display."

Mystery solved!! This heel is in fact a mid 19th Century knock off of a 1700's mans shoe, designed to be completely unwearable (trust us, it is). On the underside of the shoe is 'TG Parker' an antiquarian who owned Browsholme between 1832 and 1879, who often brought items back to Browsholme. This would tie in nicely with the Great Exhibition timeline, where he could have brought it back or bought it in an auction following the end of the exhibition. 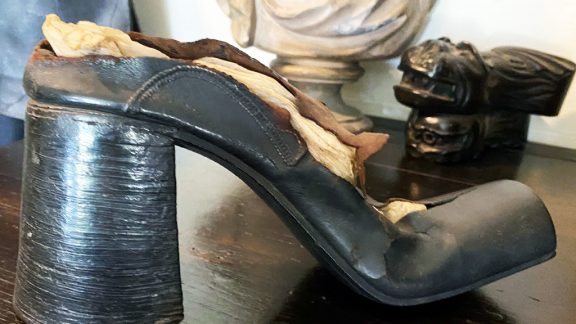 with thanks to Rebecca Shawcross for her help.

Does the letter contain protestations of innocence or beg his father’s forgiveness and promises to do better, as we, dear reader, would probably do? No. It doesn’t even mention the report.

by Jacob and Lynne

Mushrooms may get far lower billing than birds and wildflowers, but there is a renaissance of interest in these beautiful, unique organisms. Parks and woodlands host spectacular mushrooms--and…

Songs to walk down the aisle to

If you turn to good old Google, and type in ‘best songs to walk down the aisle to’ – it comes up with over 3.5 million results. How can you possibly choose from all those?! Which got us thinking, surely, with over 12 years of wedding experience we can help here? ....