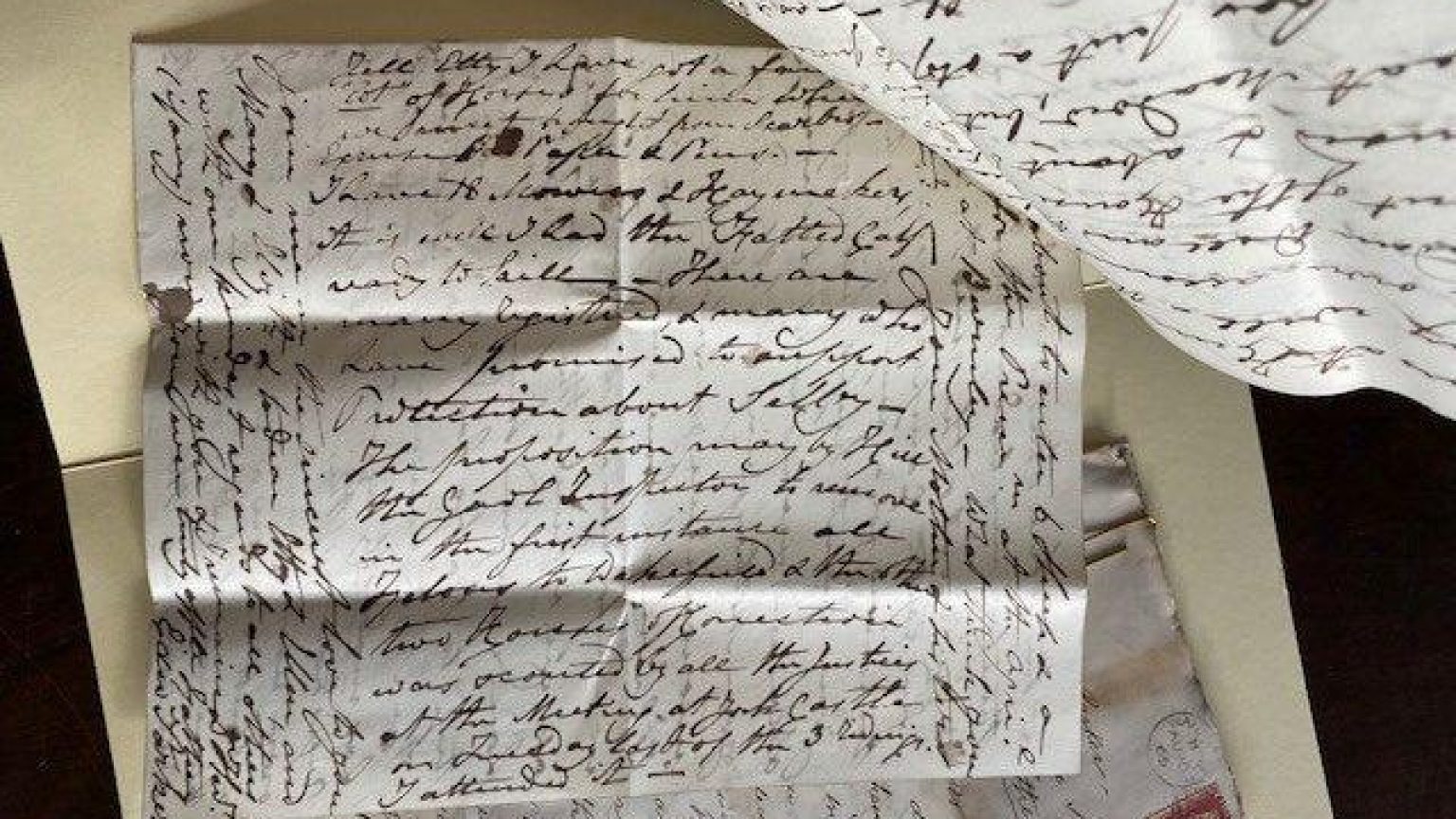 I’ve been a tour guide at Browsholme Hall for many years now and it has been a privilege to be allowed to show people round this lovely family home. The characters have become very real to me over the years and I’ve always longed to learn more. When the owner offered the tour guides a chance of receiving training to be volunteer archivists, I jumped at it. Little did I know what hard work it was going to be!

We received expert training from Anna, a qualified archivist and then set off on our own. I was assigned one particular character, Thomas Golbourne Parker (TGP) who lived from 1817 to 1878. The letters come from various family members, friends, colleagues, and tradesmen. The handwriting is very difficult at times and, because paper was so expensive, people wrote across the paper and then turned it round and wrote the other way. Magnifying glasses became my closest friend.

Many of the letters were very routine and dare I say boring. There are many expressions of thanks to TGP on the receipt of game, or arrangements for shooting parties; enquiries about family member’s health; confirmation of travel arrangements; reports of births, marriages and deaths; tenancy agreements. The letters are often written in a flowery way and a lot of words are used, but then I have no room to talk, as I can always say 20 words when one will do!

But recently I was working alone in our attic archive room when I sat up and took notice. Suddenly, I’d uncovered a scandal!!

We knew that TGP’s wife, Mary Ann Carr (daughter of architect John Carr) had left TGP and the children after the death of her father and gone back to her childhood home to live with her mother, but nobody knew the reason why. The letter from a Mr Rayson was giving advice to TGP about how to manage the scandal of his wife’s debts with the least embarrassment to his children and grandchildren, but then the writer mentioned ‘the other matter’ which he suggested that TGP would have to make a decision about.

The writer had included a copy letter that he had previously written to the Bishop of Ripon. The 'other matter' was a report that Mrs TGP had been in ‘undue closeness and familiarity’ with the local vicar who had left his wife and children in the parsonage and moved in with Mary Ann and her mother. The report added that adultery had been committed between the vicar and Mary Ann. Mr Rayson also included a paper cutting of a precedent concerning another vicar.

Well, I didn’t expect that! I’d found some of TGP’s letters a little boring but now I have new sympathies for him and will look at him in a different light. Who knows what else I will find as I delve deeper in to the archives. I can’t wait! 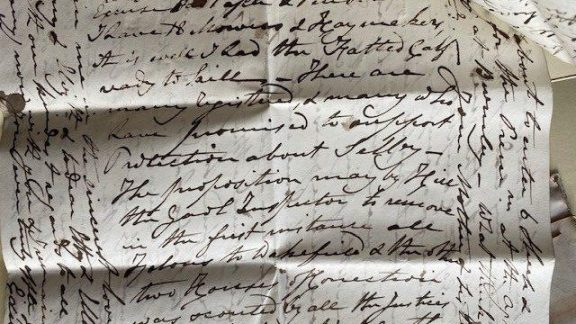 Autumn is my favourite season at Browsholme, the landscape turns from a lush green to golden hues of oranges, yellows and reds. The sun casts a beautiful light all day round, and there's a smell…

Ghostly Goings On at Browsholme

One of the most common questions asked when you live or work at Browsholme is: do you not get scared? Or slight variants on the theme – are there any ghosts?