A landscape garden in which to wander and relax with family and friends and see it evolve each season and year as new planting and restoration projects mature. 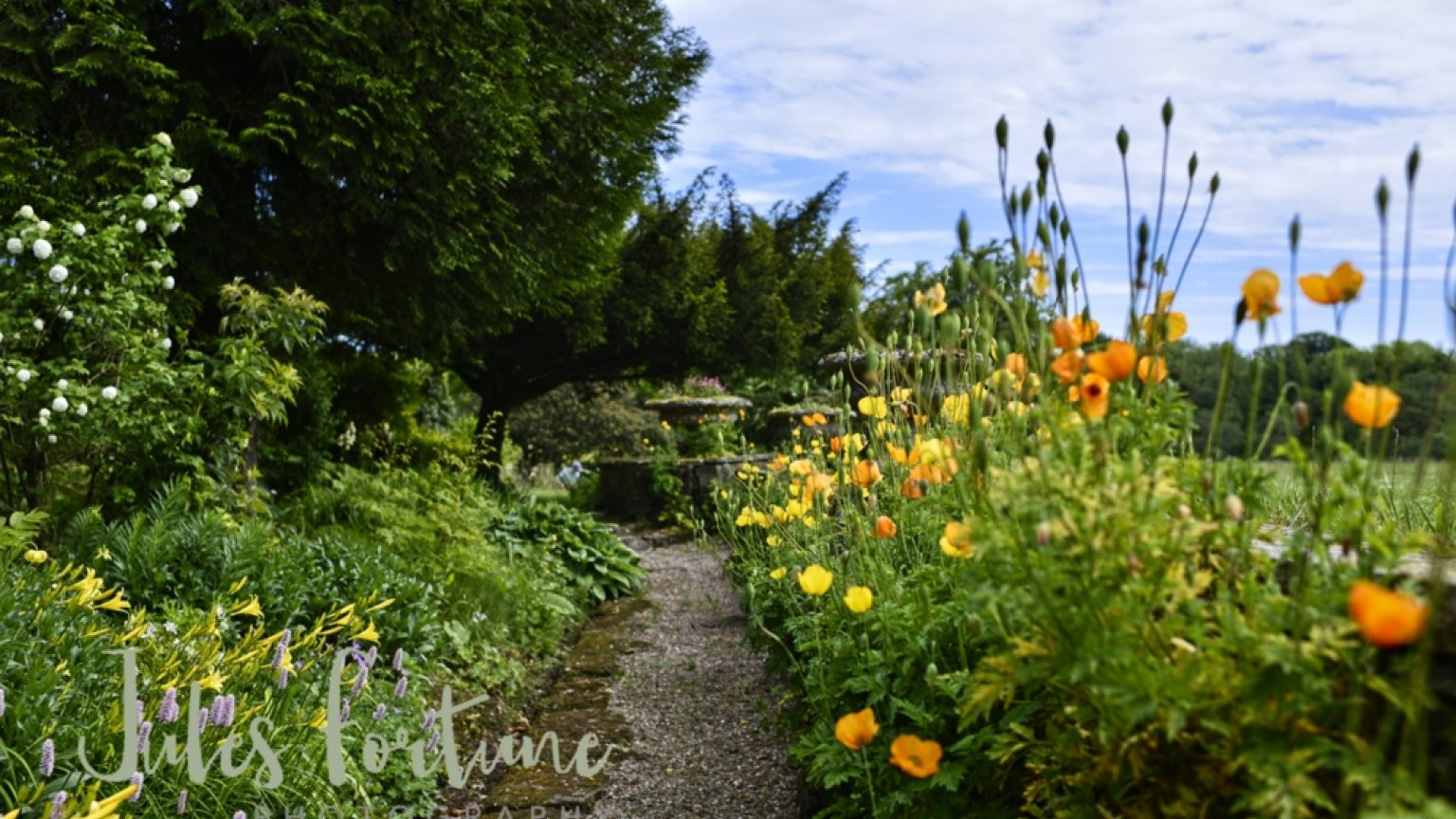 The Gardens at Browsholme Hall

In 1798 a young Joseph Mallord William Turner, painted a charming watercolor of Browsholme showing the gardens and sheep grazing in front of the Hall. Within a few years, his patron, Thomas Lister Parker had completed a grand new landscape design in ‘picturesque’ style of the Rev William S Gilpin that survives to this day. By 1975, neglect had resulted in the gardens being overgrown and features lost; but now over the last 45 years year by year Robert Parker has gradually restored and nurtured this natural and romantic garden. It is a landscape garden in which to wander and relax with family and friends and see it evolve each season and year as new planting and restoration projects mature.

In 1768 Gilpin in his Essay of Prints defined the ‘picturesque’ as that kind of beauty which is a agreeable in a picture. Born in Cumberland he travelled extensively and John Parker of Browsholme was one of his regular companions. The landscape of Capability Brown removed many formal elements of a garden and brought the landscape, up to the very walls of his clients the stately mansion. A centaury later Gilpin began to push that landscape away creating lawns and shrubberies, a ‘haha’ creating an unseen fence to parkland with cattle grazing, then to streams, lakes and woodland; finally in the distance an ‘eyecatcher’ to draw the eye over this romantic scene.

All these elements are to be found at Browsholme where visitors can walk along paths through shrubberies, by the 3 acre lake and marvel at the ‘ha-ha’ with parkland and woodlands beyond.

The Parterre, Terrace and ‘Wilderness’

Close to the East Wing is the Long Terrace, Parterre and Yew Walk which we know from water colours were in existence when Turner visited over two hundred years ago. A recent discovery has been a plan showing the design of an earlier garden and ‘wilderness’ covering 2 acres and in the form of the Union Jack; this was to commemorate the 1707 Act of Union. Sadly only the yew hedge remained, now a line of mature trees, but in 2019 a major project began to re-imagining a new wilderness.

A Wilderness was part of a formal garden not a wild area as the word might suggest, with a geometric network of paths between high clipped hedges. Within the area were shrubs and trees including lilac, laburnum, gelder rose, hazel, holy and yew. The origins of a wildness were as a sacred area were visitors could be close to Nature for quiet contemplation and reflection; it would have been an essential part of a fashionable 17th C garden.

Beech and hornbeam hedges have been planted and in each sector of the union flag an individual garden of colour and diversity. In one sector rhododendrons, in the next rare oak and magnolia, another shrubs and trees seen on our walks in Northern Italy. A work in progress other sectors will be transformed over the next seasons.